My long bike rides nowadays are few and far between just like my planned races for the year so when a reunion was set at Laiya, San Juan, Batangas I was glad to tag along and use my road bike for some 60 plus kilometers of lung busting ride. I started in Lucena City and it took me more than 2 hours to reach Palm Beach which is actually located in Barangay Hugom just after Laiya. It is the beach just next to La Luz Resort where an off road triathlon is held every December. 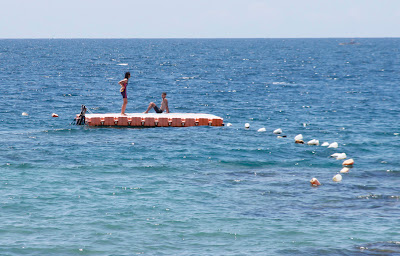 With my daughter at approximately 100 meters out 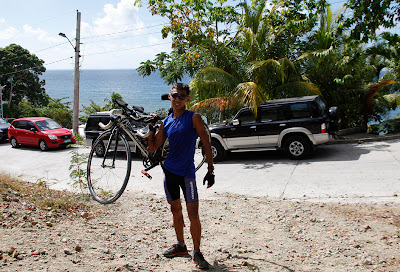 After 62 kilometers of solo ride 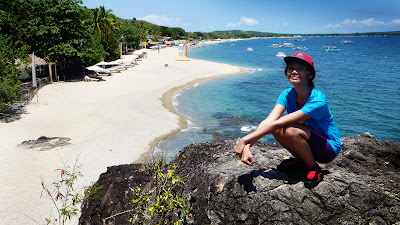 After a short hike to a hill rock with La Luz Resort as the backdrop
No comments:
Email ThisBlogThis!Share to TwitterShare to FacebookShare to Pinterest
Labels: training 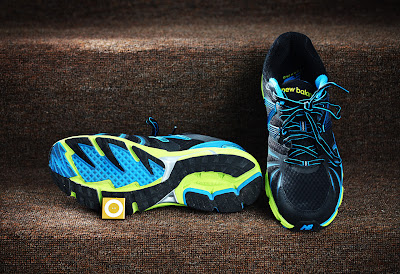 Here's hoping for longer distances with this pair and a Shuffle

These trainers were on my wish list for some time now, just waiting for the price to go down. Last Saturday I found it at 30 percent off / 3 months to pay so I grabbed a pair in Glorietta and run on it at Bonifacio High Street. My initial impression was that it's light and well cushioned compared to my 10K shoes, the New Balance 1400 which is a lightweight with minimal support. Actually I won't be using these shoes for much of my runs, that privilege goes to my oldest and heaviest New Balance pair, but for longer races which I plan to enter (IM distance perhaps).
No comments:
Email ThisBlogThis!Share to TwitterShare to FacebookShare to Pinterest
Labels: gears and nutrition

I’m not sure if my dad is considered as a member of Puro Tri Team (formerly Team Beacon), but let’s just say he is. My dad went to San Beda Alabang to give tips to his friend and teammate about swimming and I accompanied him so I can demo drills and stuff. I’m familiar with the drills, but not what they’re called so I kept asking stupidly what that drill is, like catch up, roll over and things like that. It wasn't much of a job so I mostly just sat there waiting for my dad and his friends (Reggie and Norman) to finish. The place was pretty quiet, which was good since it's like we have the place to ourselves but I found the bathroom creepy since I was alone and when I went to shower I found blood on the floor. I just used the outdoor shower instead. 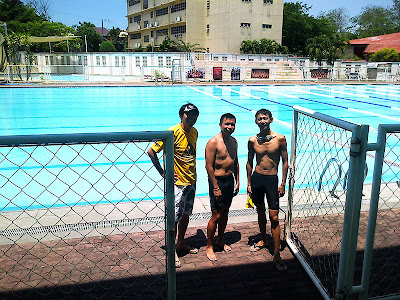