This one's been posted by bikers over and over again.. 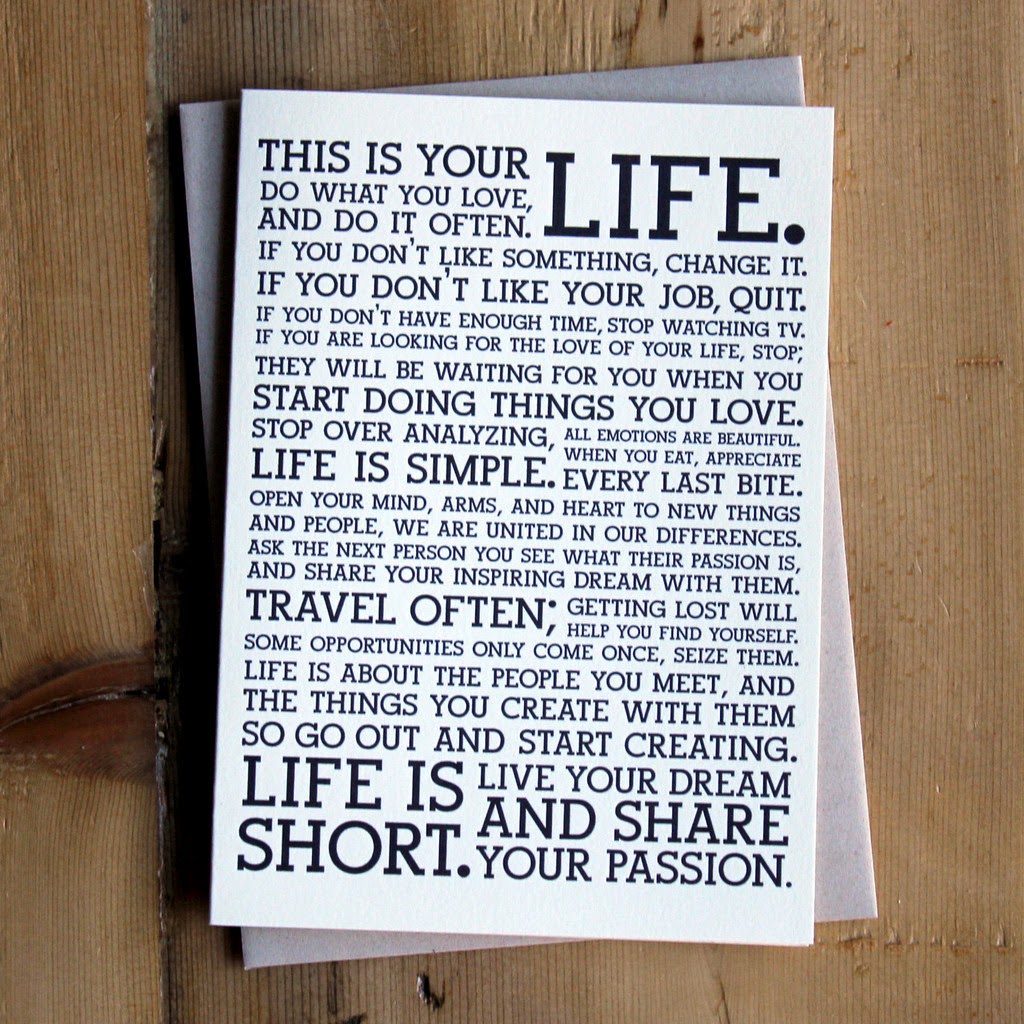 No comments:
Email ThisBlogThis!Share to TwitterShare to FacebookShare to Pinterest
Labels: Cycling

Sometimes people ask me what my weekly training workouts are like and how they can use it to become fast runners... well they're barking up the wrong tree because 1. I'm not fast, so I think I'm not a credible source of that info 2. I'm a jogger and joggers don't get high mileage 3. I'm an ectomorph and guys like me are just light as a feather so I have no idea what it feels like to be in a normal body weight 4. Maybe I just don't like to share my secret ha!  until now
- Click on to this website for some REAL training tips

P.S. - I see a lot of runners training for a marathon nowadays and rightfully so as they are about to take on some marathons in the near future. And most if not all want a relatively fast time as I imagine. But here's the thing, if you really want to become a fast marathoner maybe you should start to become a fast runner first regardless of distance; 3k, 5k, 10k, just saying if you can't run a fast 5k how can you expect to run a fast Mary?
No comments:
Email ThisBlogThis!Share to TwitterShare to FacebookShare to Pinterest
Labels: running

Running: So You Think You Look Fast... Think Again

I know you can run hard, I do too. Did the thought that you're running fast come to you when you felt the rush and the gust of the wind just hitting harder and harder? Of course you did, or at least I did. But did you think for a sec  that you looked really fast out there on the road as you're about to smash your old P.R.? Um, I guess so... or not. 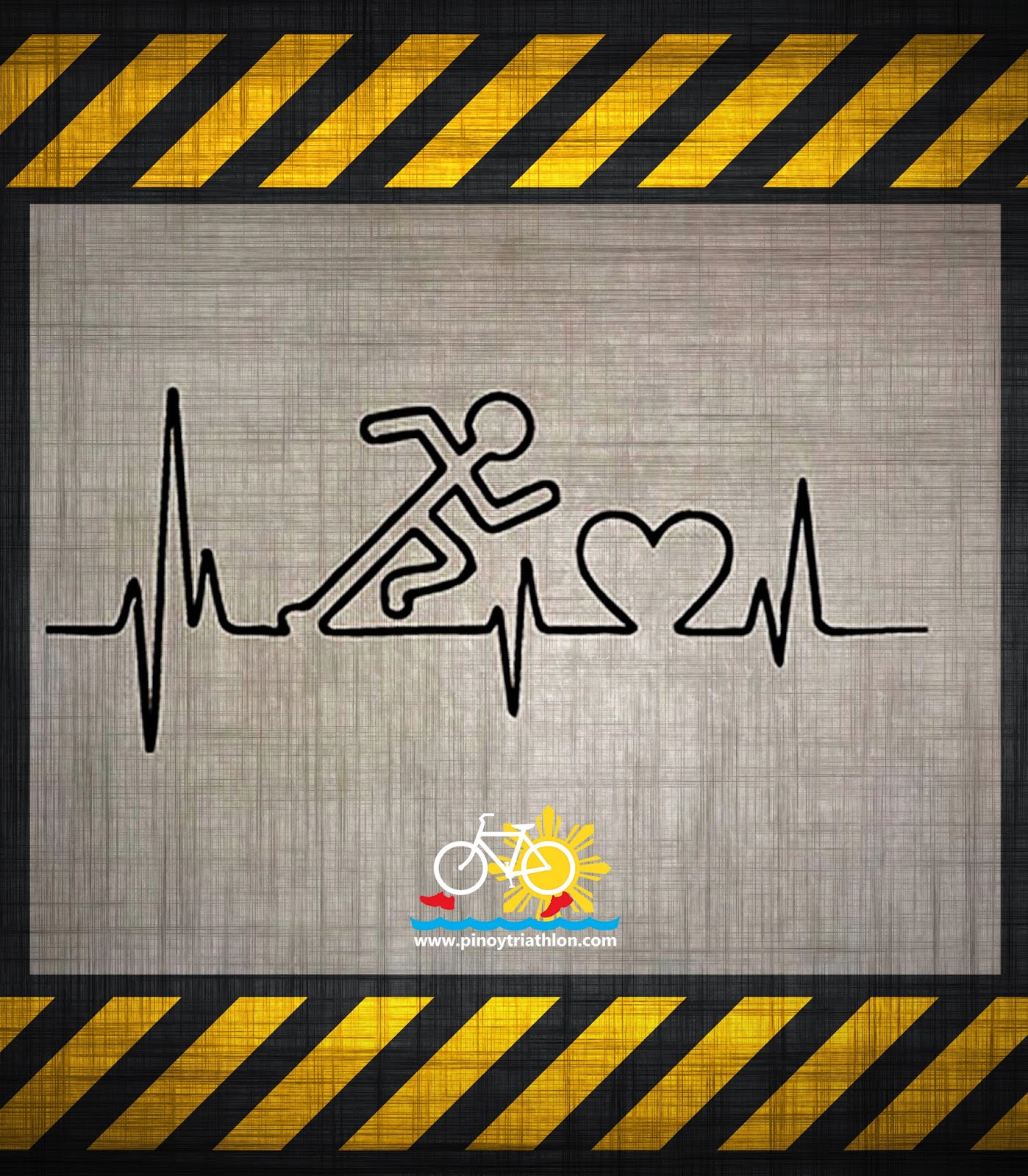 On the first leg of the National Age Group Triathlon 2013 I was on my way to set a P.R. and the run leg was going okay even with the blisters on both feet, but out there on the run route I noticed that however fast I thought I was running I didn't look fast (it was a sub 45 minute 10K) and there's only one guy who looked like he was really running as opposed to us just jogging. That guy got a run split of 36 minutes! Whoa! He really ran. So I looked up some video clips of running and found out that most of us looked quite slow, my smashing performance looked even more disgustingly slow, aggh - not that there's something wrong about it though. Maybe it was the video capture playing games on me :) ... nahh.

On my last fun run I already knew this all too well and again I definitely looked slow in fifth place, even the runner up with his low bounce technique looked incredibly slow in a 38 minute 10k performance. So was there someone out there who looked fast? Yes and he was the only one, and he finished in 35 minutes. I saw him running after the turn around points and he did look the part, I mean he looked quite fast.

So if you're a running enthusiast and think you look like you're running fast, maybe you should think again or better yet record your running powers in action. You'll be amazed... reality vs. expectation, you be the judge. :)
No comments:
Email ThisBlogThis!Share to TwitterShare to FacebookShare to Pinterest
Labels: running

Audax 200km Brevet Ride - Subic to Masinloc and Back

this is what I gathered from their site: Audax 200 ride Info 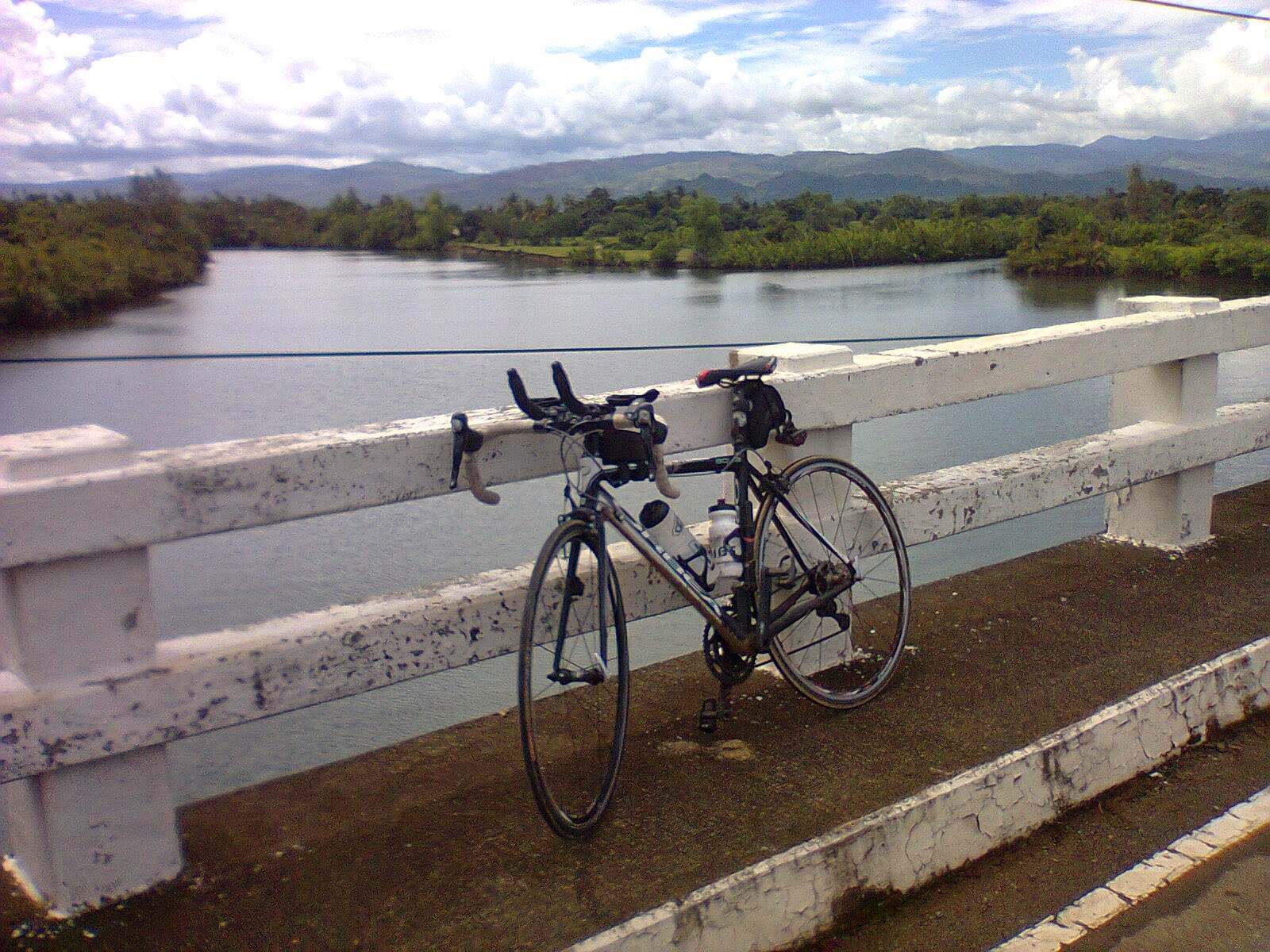 For those who will be doing the 200km Audax Brevet Ride on October 4, please see details below:

Things to do prior to the ride:
1) Read the Audax Ride Rules.
2) Have the proper bike lighting just in case you're still pedalling in the dark
3) Ensure you can be self-sufficient on the road with enough cash, your mobile phone, route map, cue sheet, inner tubes, repair kit, pump, food, energy bars, etc.
4) Take note of the cut-off time for each checkpoint.  We will be very strict about this.  All control point vehicles will return to Subic after the cut-off times.
5) Relax and get plenty of rest

For your guidance, please see cue sheet and google earth map photo. I will NOT be distributing copies of these 2 documents prior to the ride anymore to save on paper (we need to do our share for the environment). If you need a copy of the cue sheet, please let me know in advance so we can provide you one.

This is a non-profit ride with an unrestricted pace. You can go and ride at your own pace but be reminded that this is NOT A RACE. The important thing is to finish before the 13.5-hour cut-off (6:30pm). Try to find a group with a speed that you're comfortable with for the entire duration of the ride.

For those who will be in Subic the night before the ride, I will be at the lobby of Mango Valley hotel from 7pm-8pm on Friday for registration and any questions. Please take note of my mobile number for questions or any emergencies during the ride - 09175279732 (Mela Pearson).
No comments:
Email ThisBlogThis!Share to TwitterShare to FacebookShare to Pinterest
Labels: Cycling, Philippines

Endurance Sports - Give It a Shot

When you look at all the events that I finished you might think I'm one tough nut just doing the rounds as usual. But really, it's far from that, I am not a warrior and I'll be the first one to admit it and go so far as to say that I'm a little bit of a sissy. Well, I do my workouts but those were generally too short compared to what I usually read on various training plans out there. I don't do long rides on my own and if ever I join one I made sure I bring with me some extra comfort foods and clothes. I don't do long runs except when a marathon is in the near future. I seldom swim just because I hate feeling cold and it gives me cramps.  I don't go to the gym to lift weights and my body longs for the bed not the road.

Before I started to venture in endurance sport I thought all the guys doing this stuff were sports warriors of some sort, training hard was their ticket to finish, and each one loves the sufferfest. Now I'm pretty much sure that is not always the case. A lot are training hard so they can become fast and I guess a significant lot are also weekend trainees who just like to enjoy the race. Structured training is not even on the list of the majority as work and family will obviously be in the way. I don't even think that swimming is part of the plan unless an event is just around the corner. And this my friend is the beauty of completion versus competition. You don't have to be so fast as to get to the podium, just finish the race and you'll enjoy the moment with that smile, yes your big big smile, you have that don't you :).

Some organizers tend to overstate the difficulty of their events, some writers glorify it probably to make for an engaging read, and some of us make it look harder with our own stories (I think I've done this a couple of times - sorry ;)). If you like to get into endurance sport and about to second guess, you owe it to yourself to give it a shot, just train with enthusiasm, stay safe, enjoy the journey, and reap the benefits - finish line or not. 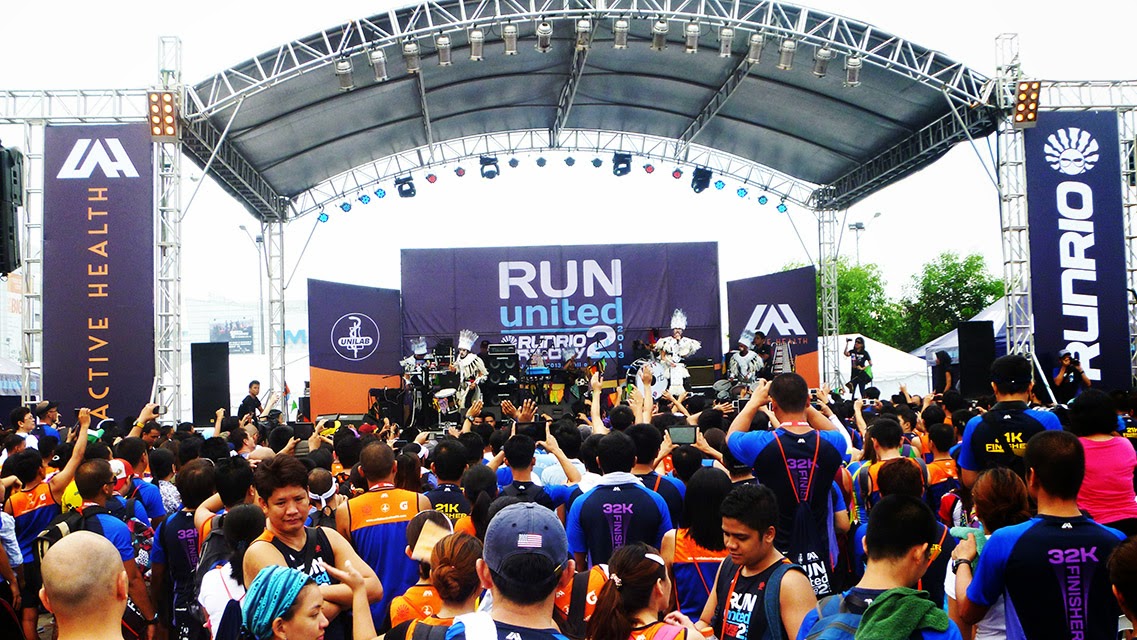 during this event I guess half of us were what they call walkers including me
yet look at us jumping in celebration :-)

No comments:
Email ThisBlogThis!Share to TwitterShare to FacebookShare to Pinterest
Labels: training, triathlon

I was reading Engadget when I came across this site. It has some nice ideas that are totally fresh.

A Better Bike – Every Day

"The two-wheeled revolution isn’t going to roll out on niche or specialty bikes. It’s going to be born on the streets, and it will be spread by the urban rider.
Most people want to lead healthier, more sustainable lives, yet they don’t consider themselves “cyclists”. The Bike Design Project is aimed at these citizen riders – inciting the creation of new bike designs that meet their everyday needs and provide a better transportation experience." 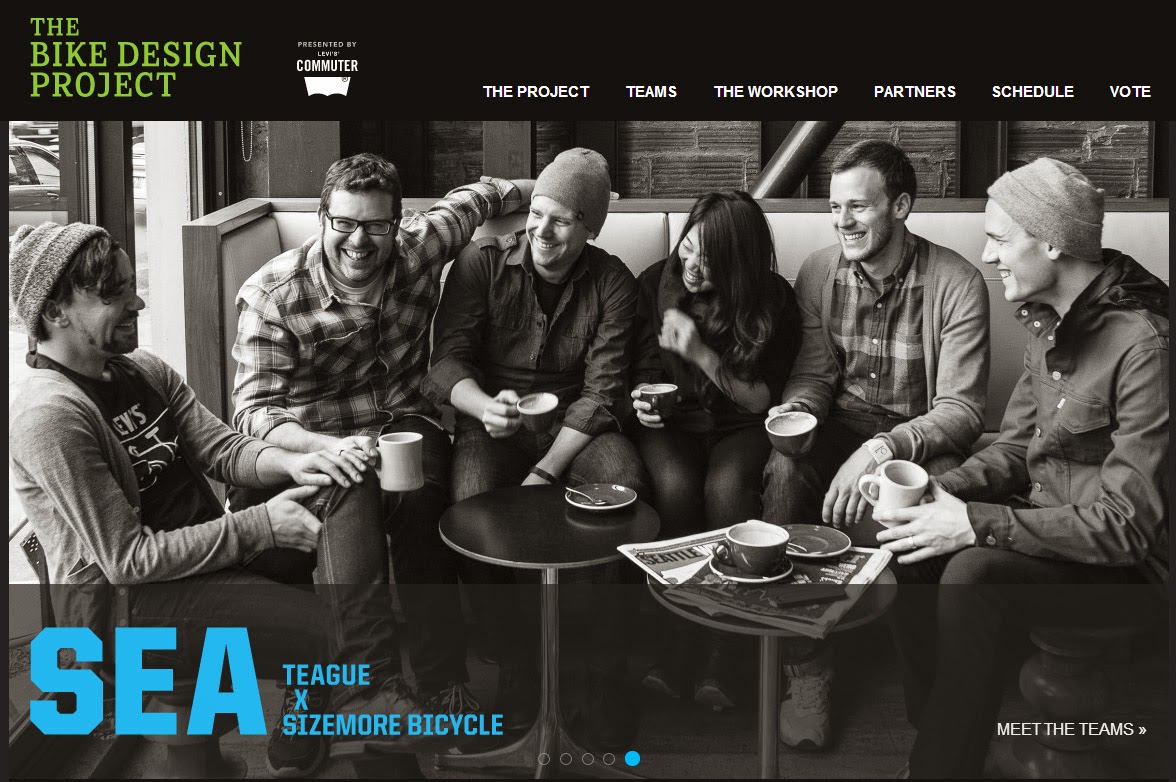