I’m supposed to get used to fun runs by now. But I guess not. Phil Health held a fun run in Greenfield City yesterday (February 17, 2013) and right now, my legs are screaming at me for not taking it easy on them. Of course not literally since legs can’t scream, you know what I mean. 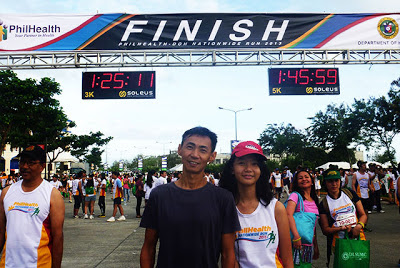 I ran five kilometers and it felt amazing.  We started just as the sun began to rise and it was beautiful mind you. The sky changed into different colors until it settled into blue.  The wind was just fine, cool but not the biting kind of cold. There was not much to see but trees and tall grasses swaying in the wind but that is just the type of image I want. I had no problem while running. My lungs seem to agree with me for the first time because every time I join fun runs I’ll feel nervous and that is not good for my breathing. 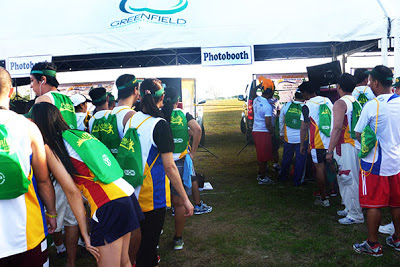 Long lines at the photo booth... and everywhere

Throughout the run, you will see plenty of water stations for five kilometers. Well at least it’s enough unlike the last fun run I had. They didn’t even put up a water station! Such liars. So let’s go back at the topic at hand. They didn’t start right on time, they started too early which is very wrong. Many were late starters because of that. If they agreed on a certain time, well they should follow it. It only confuses people if they don’t. Marshalls were there to guide us so the direction was clear. Many booths were planted on the field filling them with people lining up for something. My only real problem was the finish line. After you finish, someone will give you a paper with a number written on it stating your place among the finishers. When you get the paper, you will crowd around some poor guy writing your place and race number. Sweaty people crowding around him. It kinda looks like this 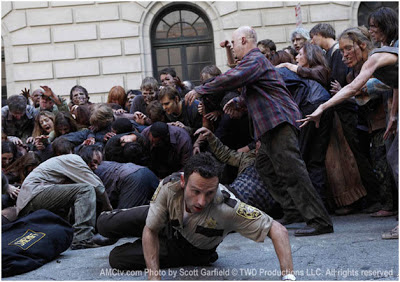 Oh yeah, I’m the one crawling away while they’re busy with the guy (AMCtv.com)

All in all the run was okay. Loads better than last year's Nat Geo fun run.
Email ThisBlogThis!Share to TwitterShare to FacebookShare to Pinterest
Labels: running