After months of joining a lot of races - maybe more than twenty races if you'll let me include the fun runs - I think it's normal to try a mid distance race like white rock triathlon especially at this time of year when I'm in tip top condition having been a part of so many events.

Contrary to what I've read in some internet posts that training for this particular distance demands a lot from an athlete, my training for this distance was not filled with punishing workouts and long training weeks consisting of days of long runs and long rides.  To tell you the truth I never had a long run nor a long swim workout.  I only had 3 mid distance rides before the event - 60+, 70+, and 80+ kilometers.  What I had that made me feel confident was the repeatability that I enjoyed with my scheduled workouts.  That and the light weight of my body.

I was reviewing the course I plotted using mapmyride.com and I foolishly came up with my list of target times to be used to pace myself and it went like this:
note: the description at the right side was what actually took place

At the midpoint of my bike ride I was still true to my target time and had a long stop at the bike U turn to replenish and rest a bit.  When I started on my way back to White Rock Beach I felt good until the 55th kilometer where the strong headwind started sapping my energy.  I was way off the target when I arrived at T2 and at kilometer 2 of the 20k run I felt my nemesis (itbs) acting up again.  I was left to choose between running hard until my legs totally breakdown and apply run-walk method to increase my chance of finishing.  I took the latter and run-walk for a 1:58 run split and a disappointing yet satisfying (did I just contradict myself) overall time of 6:06. To give you an idea how slow I was, the fast ones are more than an hour faster than me - ouch!

The event was well organized and I would like to thank the race marshals and volunteers who made the race possible especially those who were at the center of the towns we passed. I just wish there could be more participants the next time around. 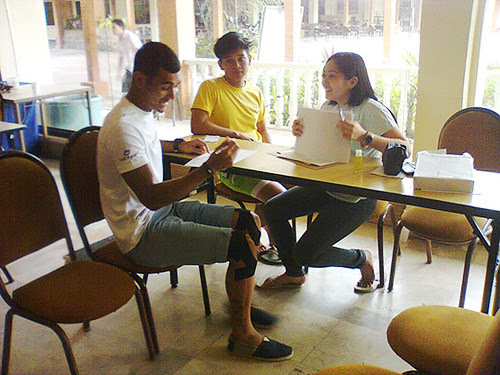 Step 1: consultation with a doctor on October 26 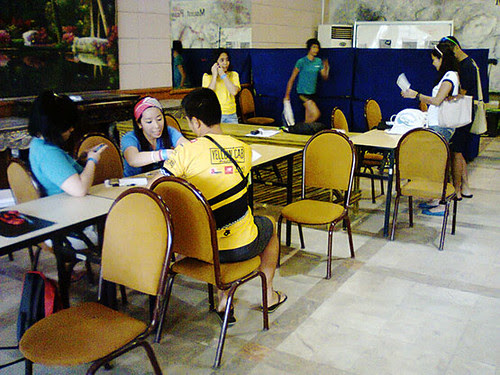 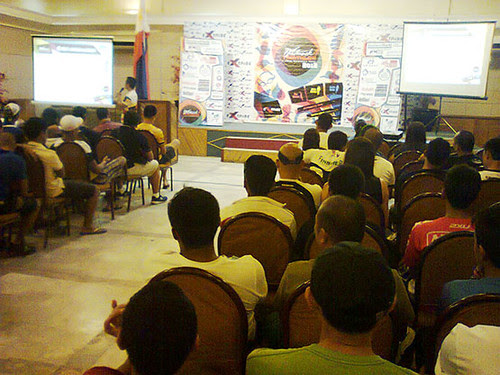 Race briefing: I was a little bit late as my bike's tire got rejected upon checking in
so I hurriedly changed tires before going to the briefing room 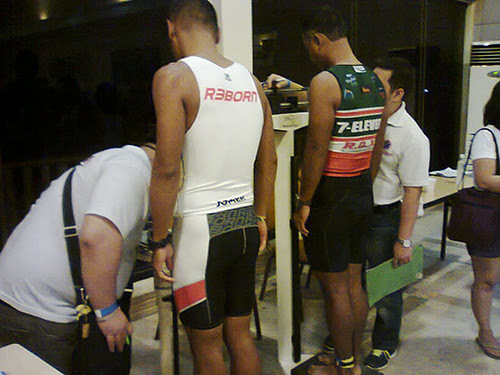 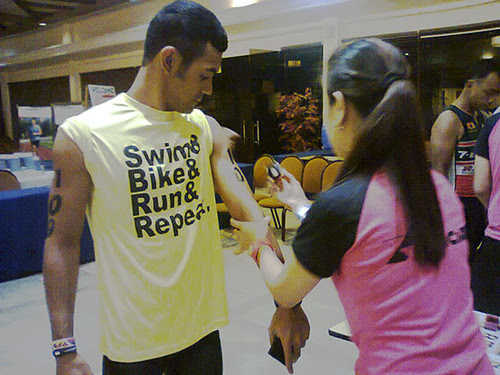 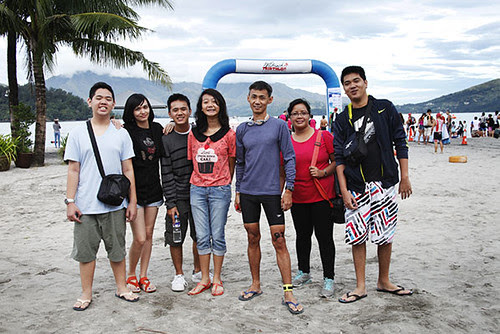 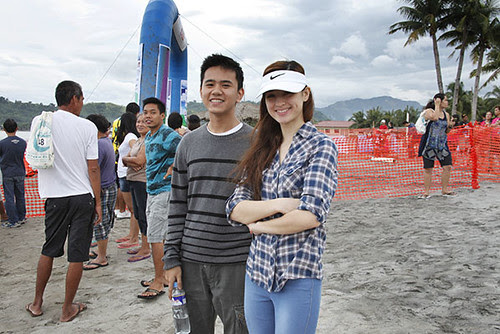 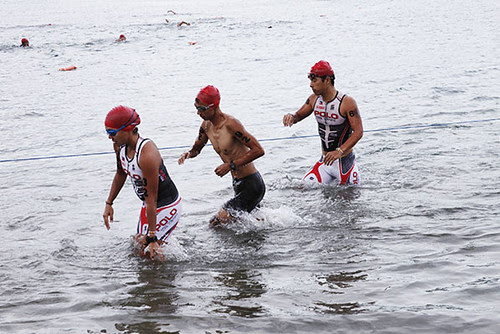 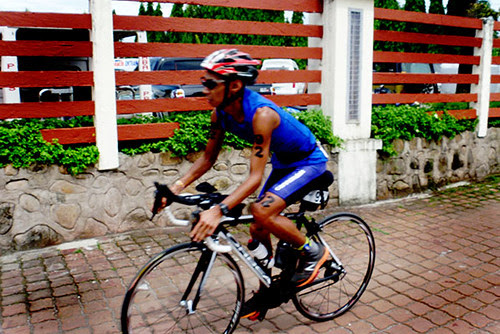 After a 91k ride.. now with my cycling shorts, blue muscle shirt, and black running shoes 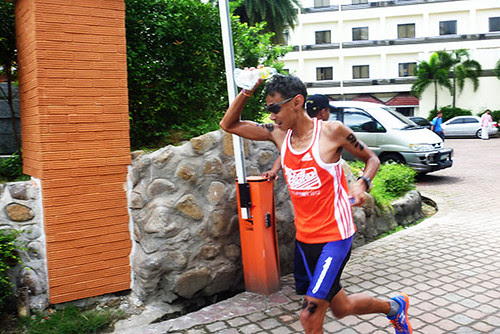 Starting my run in a new attire.. now with a singlet and a brand new blue shoes 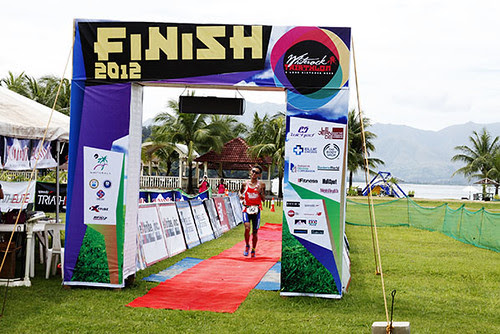 After 1 hopia, 2 pandesal, 1 pack Sport Beans, 2 bananas,
lots of water and Gatorade I just lost 3 pounds and finished the race 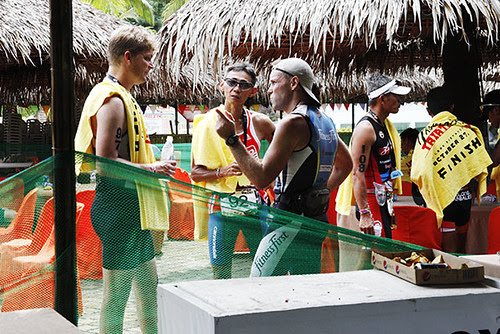 With Peter and Chad at the finishers' hut 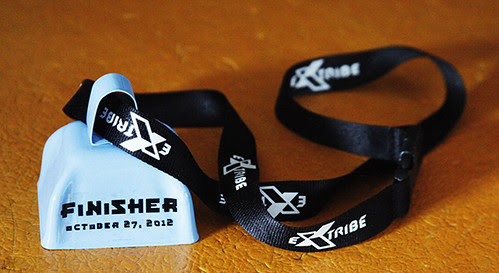 A cowbell for my effort