This is my first long run of the year leading up to Challenge Philippines on February 22. I am on my 14th day of training and this is absolutely heaven sent as the race is fast approaching and I don't have a single long run within my training. 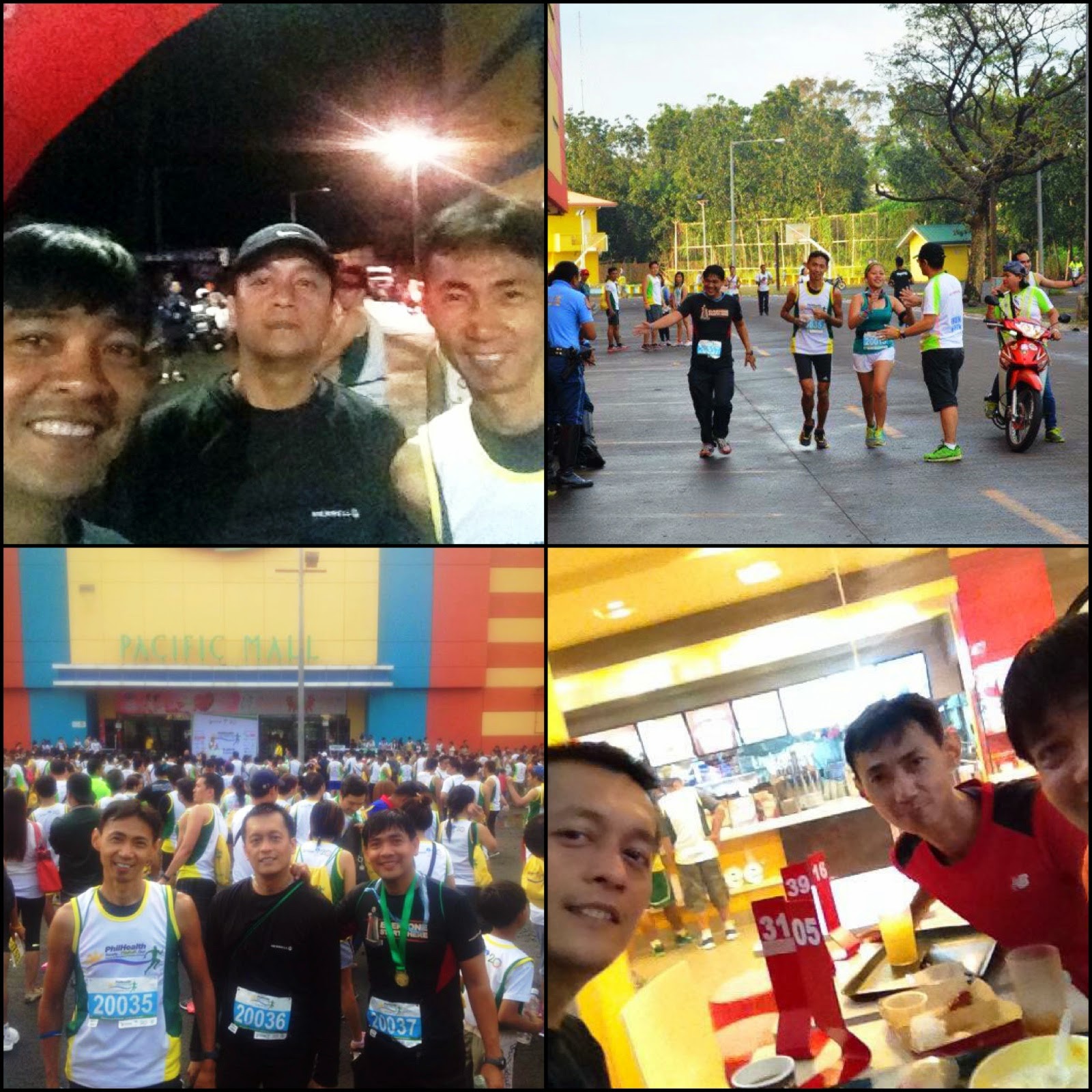 before, during, and after the run

I was early on the venue because I have to distribute the race pack to my friends who were going to run the 20K. After meeting up and putting the number on our shirts we proceeded to give our raffle stubs to the organizer and waited for the start. An anthem and a prayer later we were told to line up near the starting line. There were very few participants, we can start at the front if we wanted to but we settled at the third row. Then the gun went off. It was 4:30 a.m. 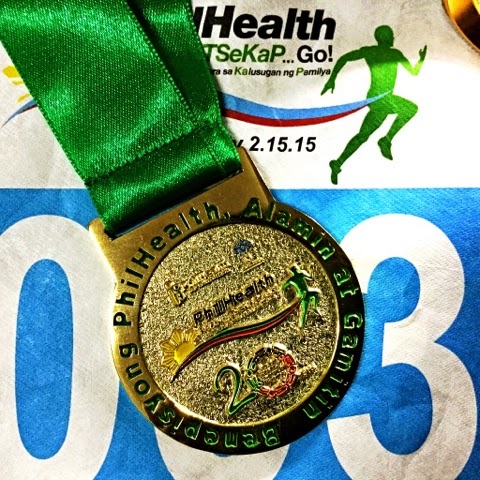 The plan was to run alongside my two buddies Pong and Zaldy but after a couple of kilometers Zaldy, who just run the Condura 42K, got it going and left us. It was an easy run all throughout. At the halfway point we clocked 1 hour 15 minutes. We finished the run in 2:38. It was Pong's first run above 10K and now he's looking for more. Woohoo!

We didn't wait for the raffle announcement and just went straight to Jollibee for our breakfast, headed home for a sleep and somehow I think my body's aching especially the back of my knees... hmm.
Email ThisBlogThis!Share to TwitterShare to FacebookShare to Pinterest
Labels: running, training