Getting Stronger For Challenge Camsur

Time goes by so fast, it seems unfair that two weeks have come and gone like a nap at lunchtime. It wasn't as if I didn't do anything, to the contrary, I did everything my mortal body can handle in such a short notice. I logged ridiculous amounts of time in training by skipping the gradual in gradual progression. I did thirteen hours on my first week alone but one thing is still amiss - the all important long ride. I'm entering race week now and I think it wouldn't be wise to get some crazy miles on a single ride this close to the event. 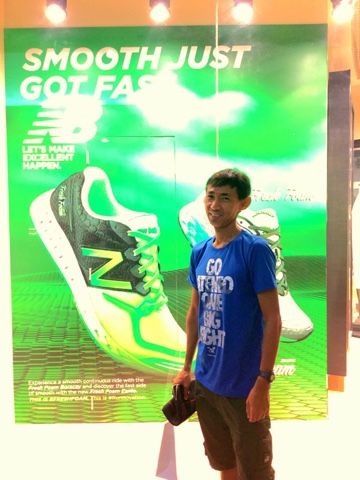 Hoping these shoes will never fail me on #challengecamsur

I enjoyed the past two weeks of training; the planning, the finding of the right mixture of workouts, the huffing and puffing to achieve the best that I can be on Challenge Camsur made me appreciate my date on June 14. Now with only seven days left, barring injuries, I'm gonna be on the starting line and hopefully finish the race where it all began.

In a way Camsur is also where it all began for me. Some years back I went there with my friends to see how Cobra IM 70.3 was staged. I saw a lot of guys with bodies that don't typically scream triathlon and older women who seem to have no worries finishing that particular race. And to my shock and enlightenment, the race was just half of an Ironman race, Ironman distance is not the only distance of a triathlon... Toinks!

No wonder so many participants were lining up to have a shot at Camsur in those days when triathlon was just starting to creep into the consciousness of Philippine culture - it was just half the distance. Then later on with some researching I understood that triathlon is just a term for a swim bike run competition in any distance an organizer might come up with and this led me to think that my daughter would be delighted to do it. She did some races but eventually quit and somehow I just continued what she started.

Today here I am with all the necessary workouts almost done, the remaining days will be reserved for recovery and conditioning, feeling positively stronger but not necessarily faster ;) Brimming with a new found false confidence hehe, I will tell you my goals for Challenge Camsur with its fast course on my next entry.