If I jog 9 times more than I do run, does that make me a runner? See, that's why I'm a self confessed, certified jogger.  In a world where runners abound I'm one of the few joggers left who actually enjoy jogging.  Of course there were times when I tried to run with my hair admittedly being whipped by the wind but that's rare and short.

I am Hercules, and I am a JOGGER


Sometimes I train with runners and yes they're fast, dedicated and they really do run.  Jogging is what they take for warm ups and cool downs and easy days though.  When I see them do their stuff it's impressive and I just can't call myself a runner. Back in the old days a lot in my neighborhood were joggers and they never called themselves runners so I guess I'm old school or an idiot who doesn't buy into the running term. 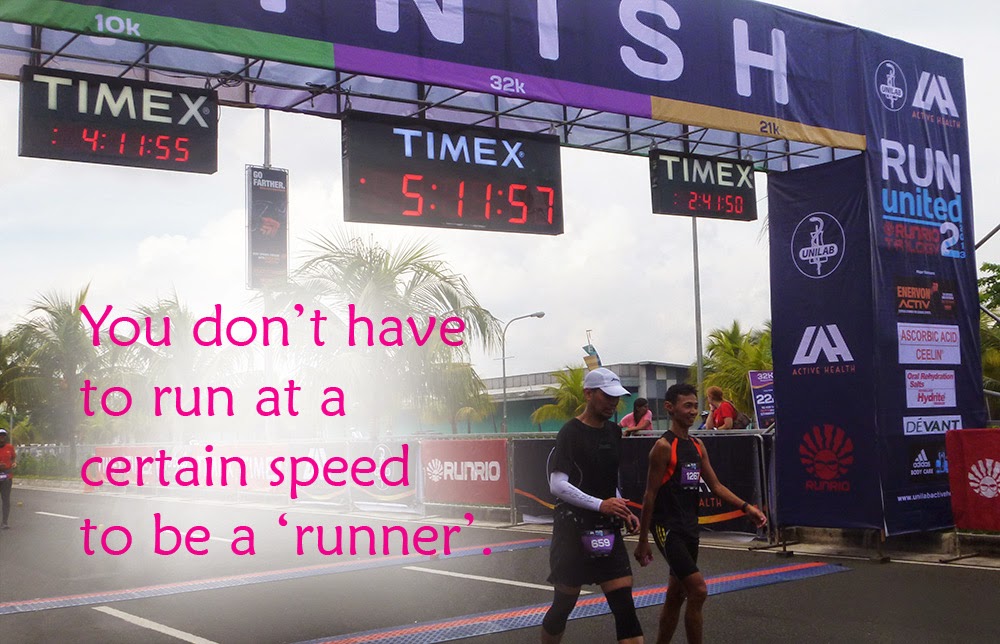 Last summer I saw a tech shirt for a running event that was printed with the words 'cradle of the elite' something, it was cute and I like the design and hope someday I'll be able to wear one without feeling like a poser.

I'm just saying.. you know, a jog is a jog. And here's wishing a hundred more jogs will make me a runner. :-)
Email ThisBlogThis!Share to TwitterShare to FacebookShare to Pinterest
Labels: running