Run for The Laity 10K

Been egging myself for a standalone run to check where I am right now in terms of speed (how slow) and stamina (how quick to feel tired - yeah I get this a lot). I, along with my family and relatives registered for a local fun run. I saw a lot of familiar runners scattered on the venue. One local club called Striders were the organizers. We took some pics before it all started so we'd look fresh :) The pre run rituals started - national anthem, opening prayer, sportsmanship oath, warm-up, and segregation of runners by category. 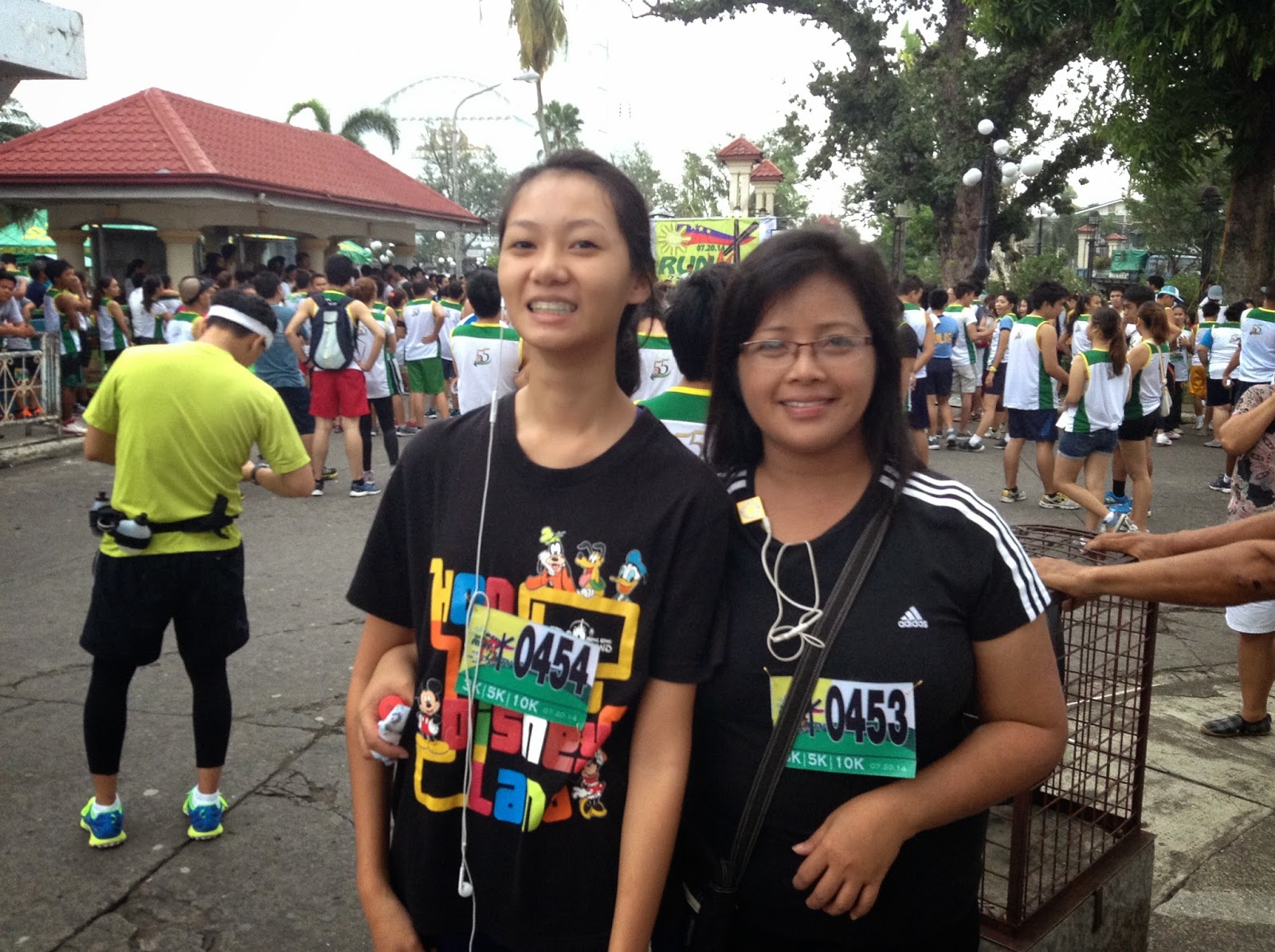 When the 10K runners were called, I lined up on the second row just behind the girl I thought I could pace with - hint: she's faster than me. When the gun went off I found myself running side by side with the 2 girls I used to meet on the track. The boys were gone in a matter of seconds and it was pointless to chase them 'coz I was sure they'll clock in under 40 minutes, something I couldn't do. I was waiting for a side stitch to kick in, it's been happening a lot lately, but a miracle happened and I never felt it after pushing for some minutes. The first 5 k was great, no blisters yet and the pace was good enough to get close to 20 minutes for the first half. Yesss! I even saw and talked for a bit with my biker buddies on the route - albeit with a contorted face due to my lungs bursting out. But then o-oh, my lungs were really bursting at the halfway point so I had to slow down. I settled on a new pace and finished the 10K run in 46:06. 6th overall and one female 'chicked' me. 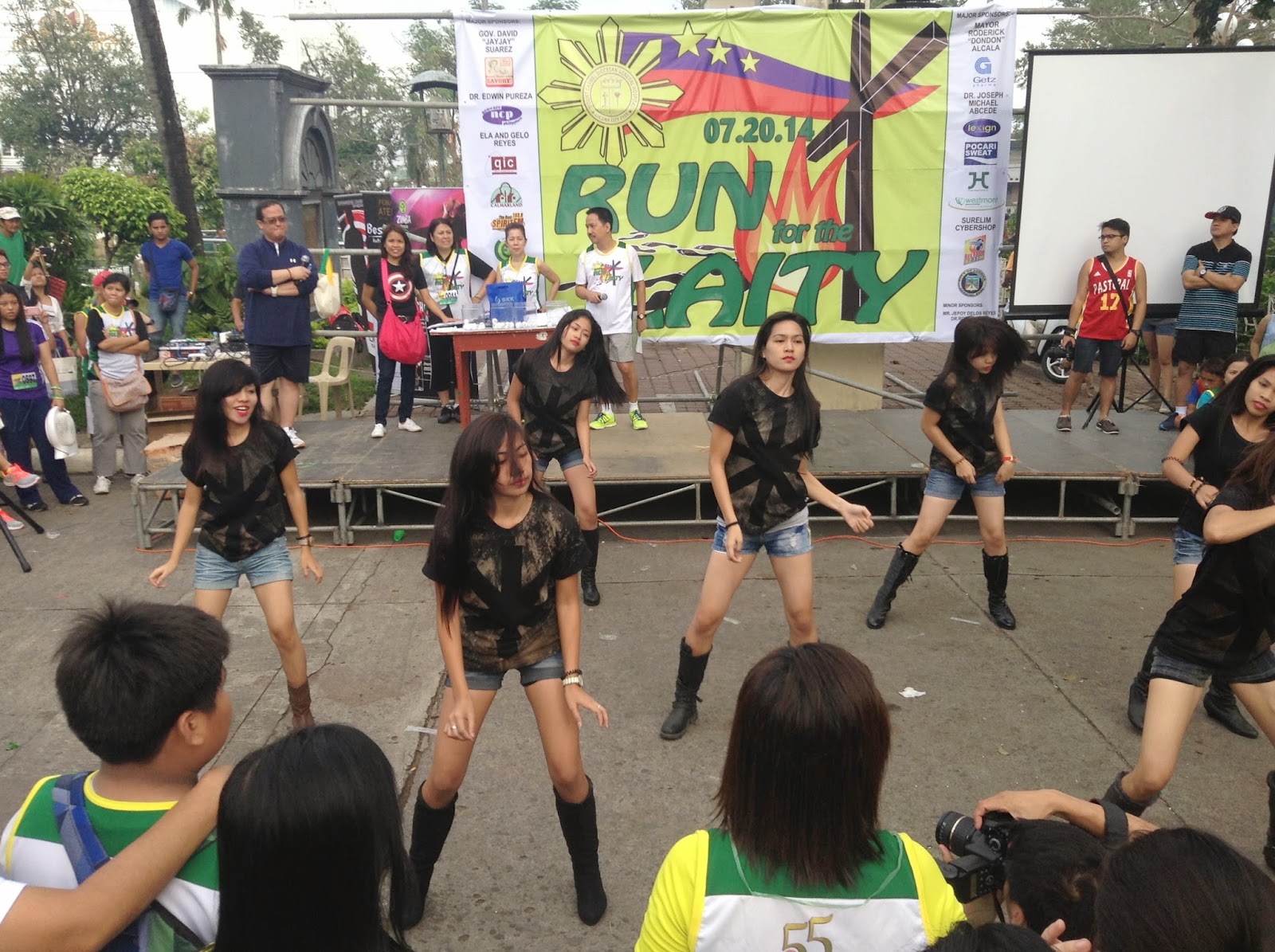 Dance Number in Between Raffle Draws

My stretch goal for the run was 42 minutes, but actually that was unrealistic as I was nowhere near my last year's pace even on shorter speed workouts. Hmm.. I'll probably run a 5K on my next fun run. 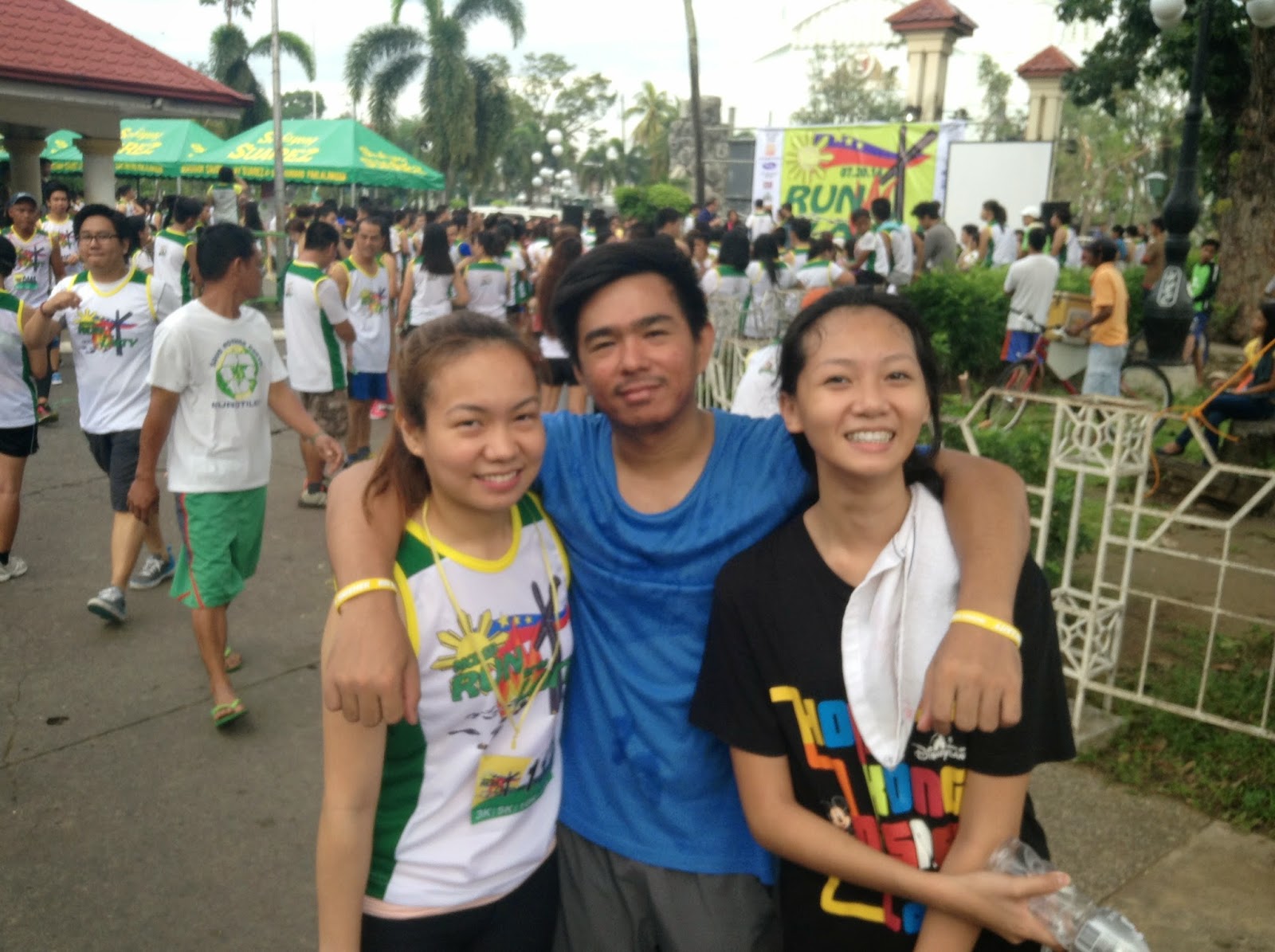 So was it fun? Did it answer the speed and stamina question? Yes and yes. It was fun seeing familiar runners I always see on the road as I drive to work and on the track. Knowing my current speed or lack thereof and the time it took for the air to vanish gave me a better guess of my running fitness.

Anyone here up for a 5K? :)
Email ThisBlogThis!Share to TwitterShare to FacebookShare to Pinterest
Labels: running