Audax 300km Brevet Ride (Subic to Dasol and Back)

EPIC. The whole experience was just beyond those rides that I did in the past (duh.. never even done a double century).

We were up early and waited at the parking lot of Mango Valley Hotel. There were about 60 riders and 1 guy had a flat tire already. The bikes were so diverse. I've seen Strida foldies, touring bikes, roadies, 29ers, 26ers, tri bike, 16 inchers, 20 inchers, and holy smoke... a fat bike! 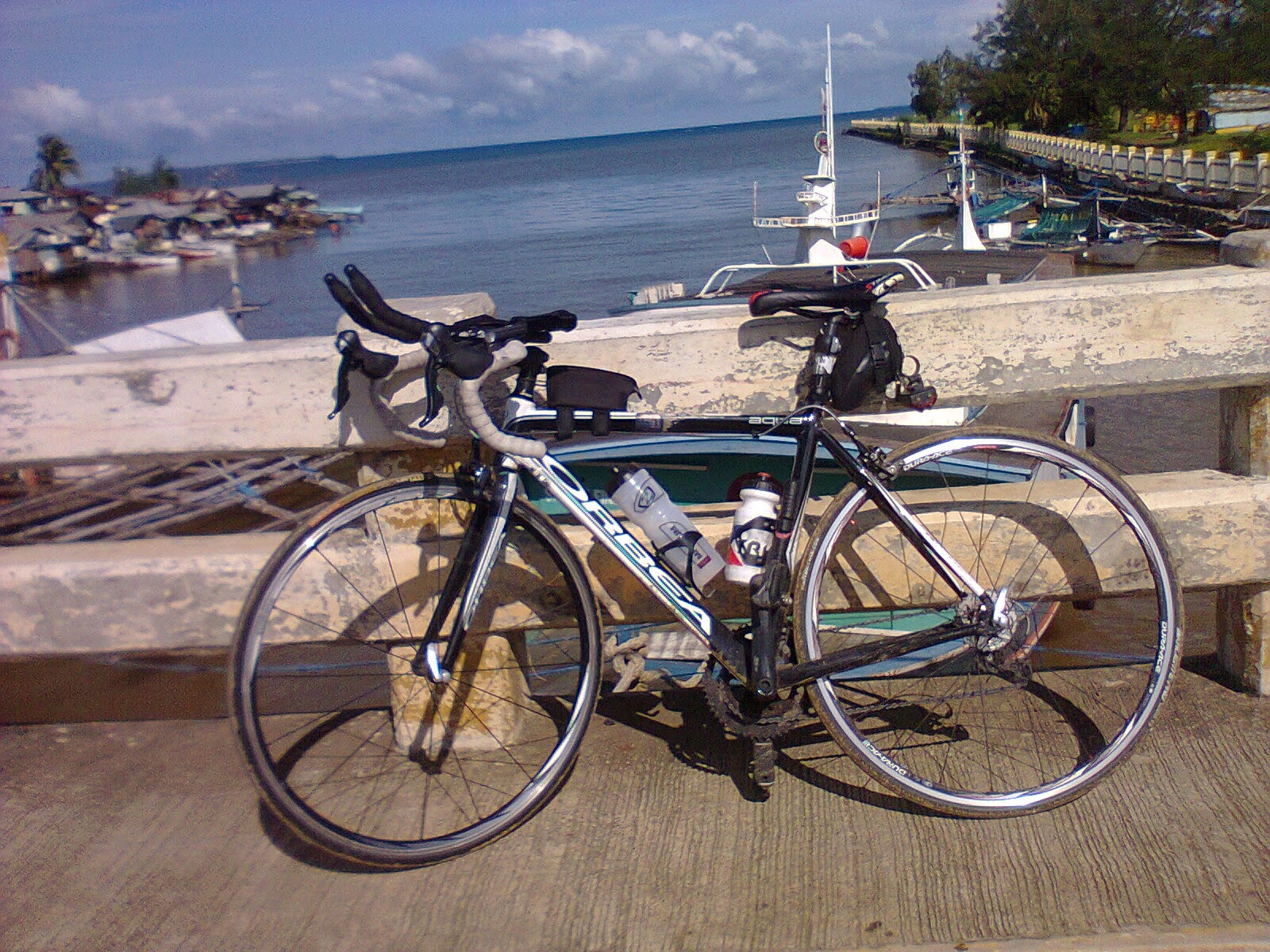 Near Sta. Cruz Town Proper on My Way to The Turnaround Point

At exactly 3 a.m., the organizer on her road bike shouted out 'Let's roll' and we did roll with our fancy headlights and rear blinkers. Our group is called United Folding Bikers led by my high school classmate Byron of bisikletaadventures.com. I got separated from the group pretty fast but found myself riding with fellow UFB Larry for some stretches of the never ending road. 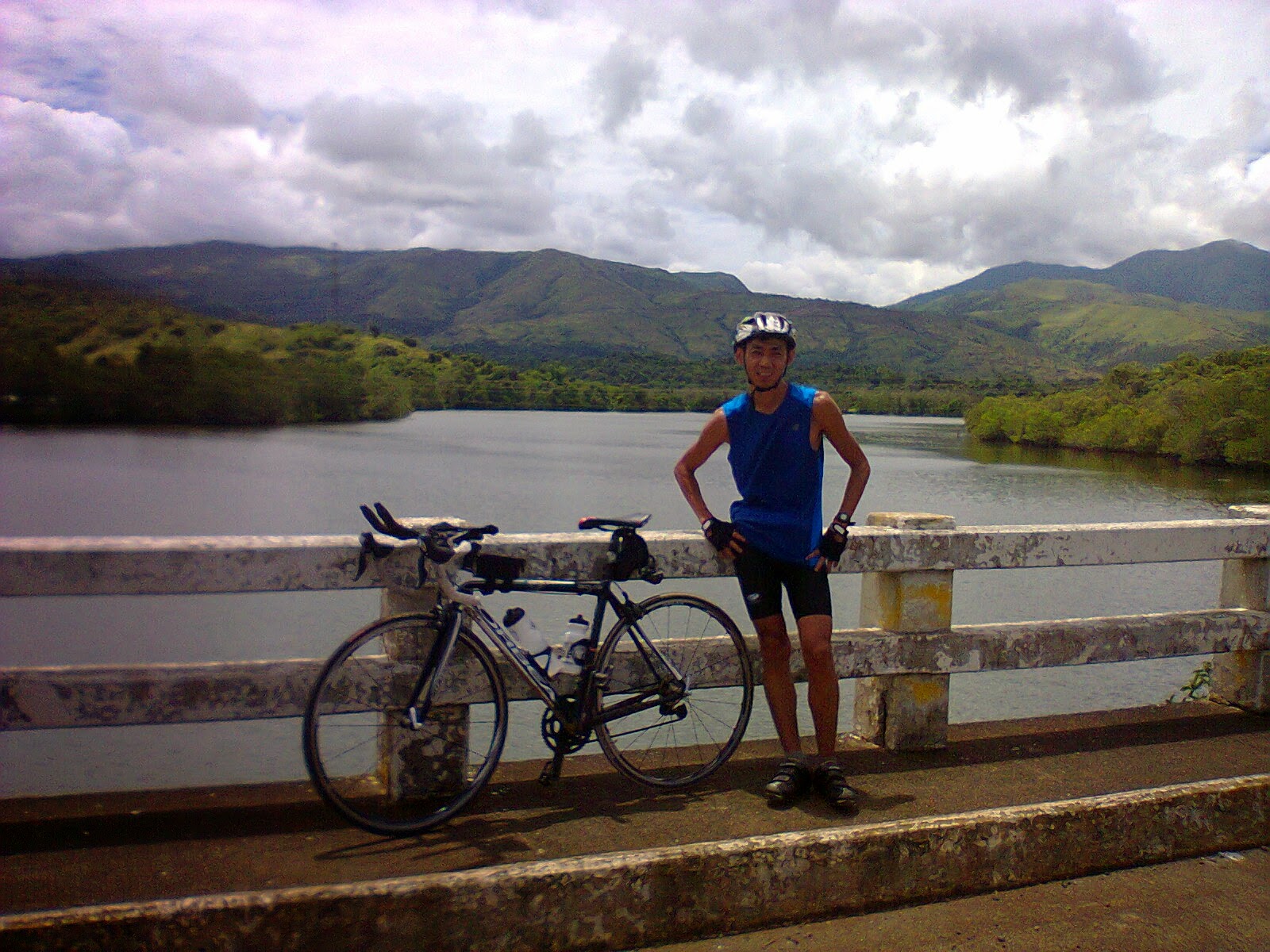 My Bike, a Bridge, a River and a Mountain... somewhere :)

The first few kilometers were ridden in the darkness of a familiar route where the White Rock Triathlon was held. The weather was fine and pedaling was easy. I had my cue card stamped at exactly 5:01 a.m. in the first control point at kilometer 51.7. It was at a gas station and some riders were resting for a bit. 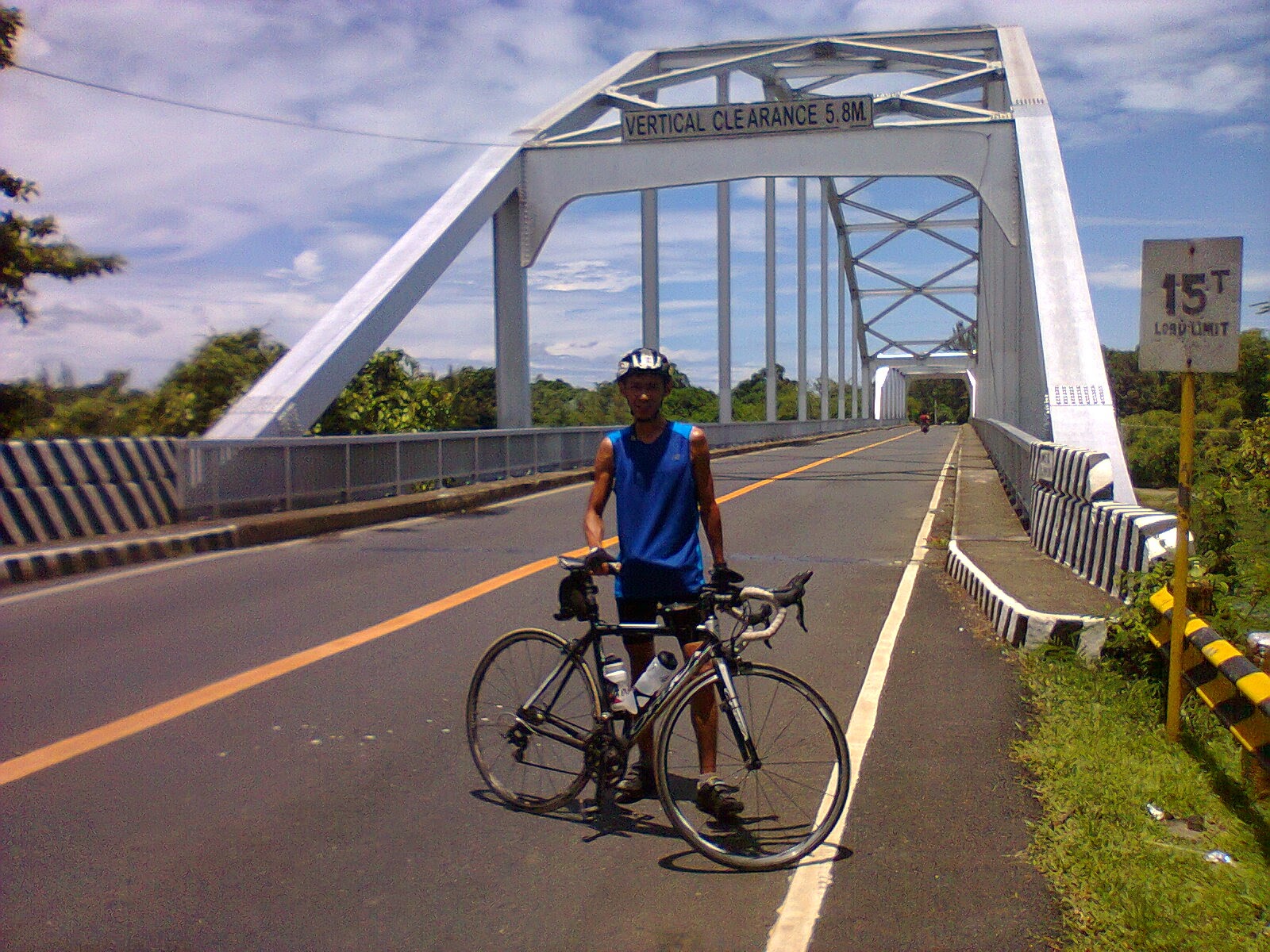 After a brief stop - maybe 10 minutes - Larry and I went off but when the rain fell hard at around 5:40 a.m. I went for my jacket and we got separated. Then came the rising sun with its mighty heat spread on every road and bridge that lied ahead. I arrived at Kilometer 105 control point, it was a gas station and this time there was no stamping just a time-of-arrival note on the cue card. 7:18 a.m. 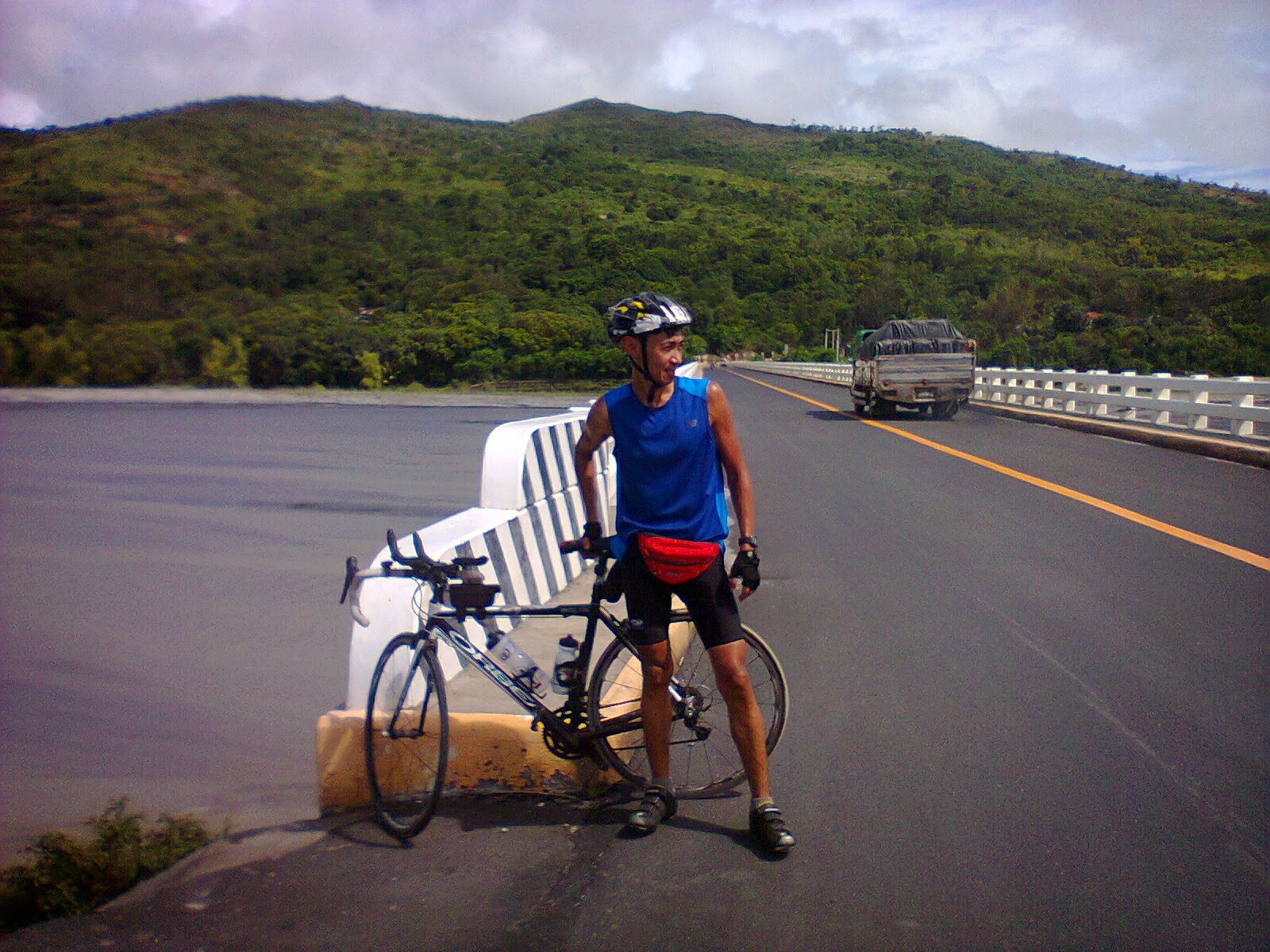 Told You There were Bridges

I was about to leave the gas station when I noticed that my front tire was flat and was lucky enough to get it at the control point with our Support And Gear vehicle nearby. 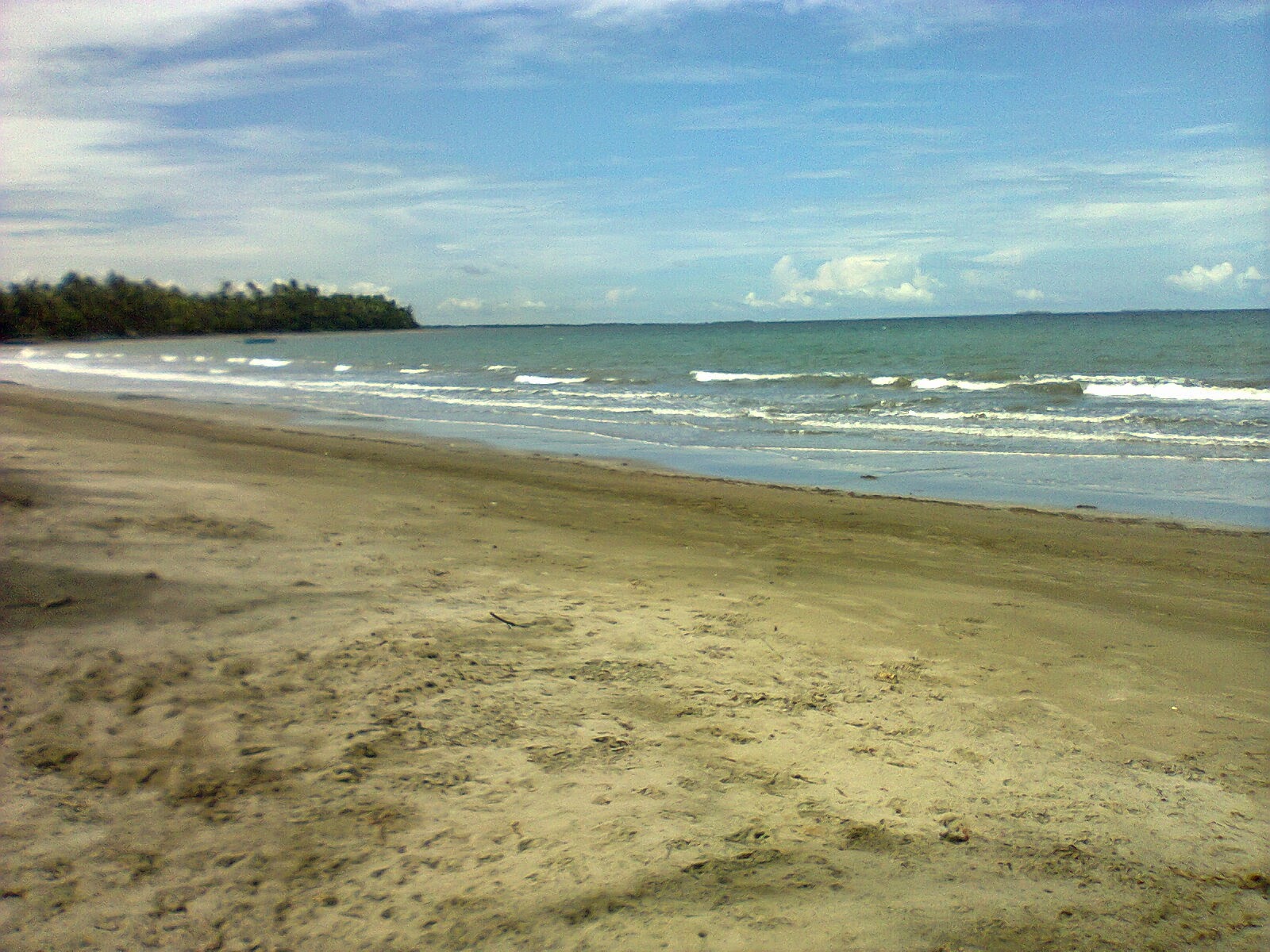 Beach at 150 Kilometers Out

I got to the turnaround point at 9:24 a.m. - Banana Beach Resort Kilometer 150. A lot of riders were resting and chatting  in the cottages. I just refilled my water bottle, took some pics and headed back.  The ride back was uneventful just lots and lots of roads and bridges with the second David's Salon Women's Team in sight for some time. Because of the headwind I was still pedaling conservatively at this point and got to the next control point - kilometer 195 - at 12:18 p.m. 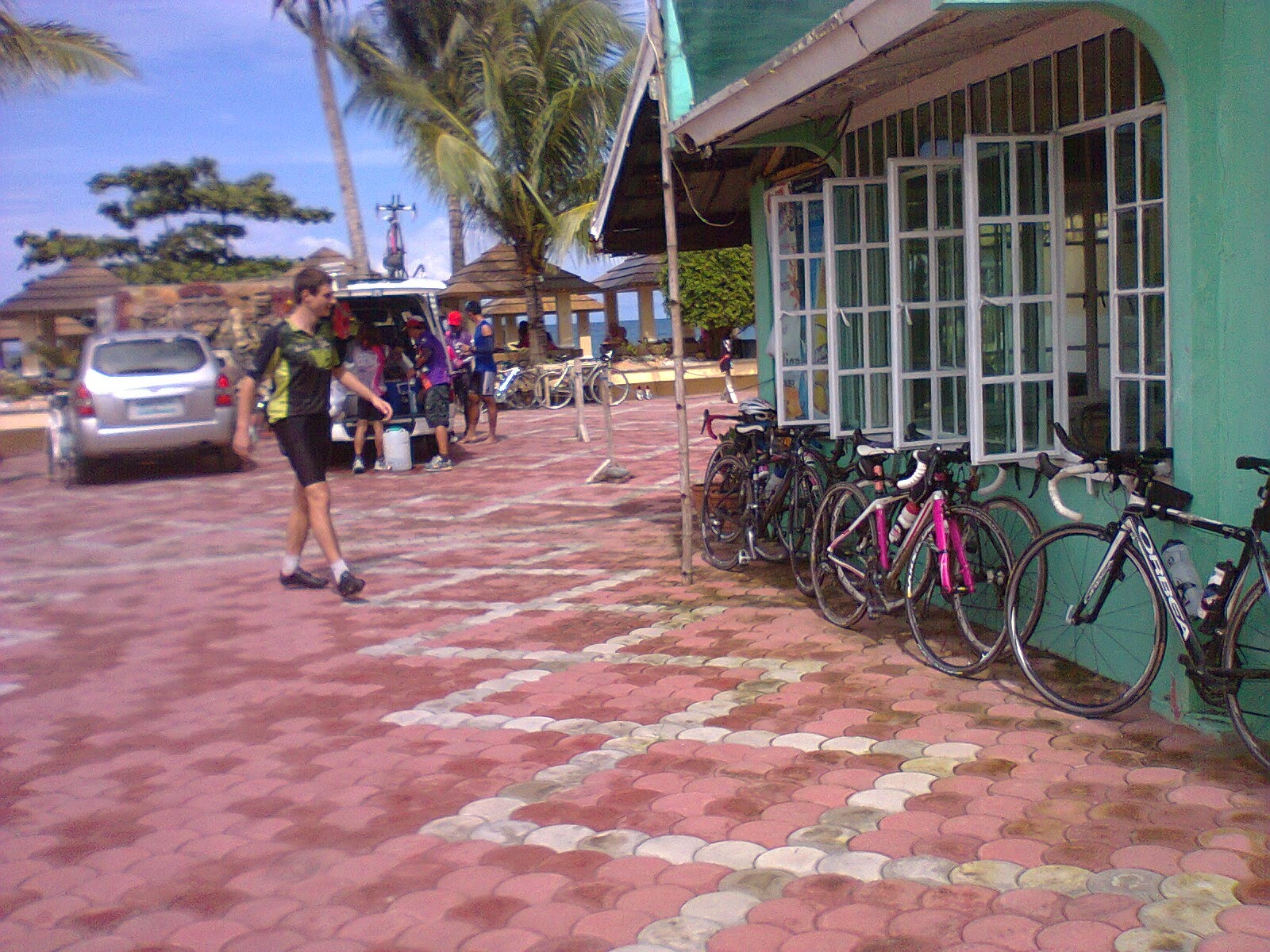 With only a hundred kilometers left, I was beginning to think that I could really survive this epic shit :P intact and in time. Next stamping was done at the same gas station as the first stop which was at kilometer 248 of the ride. 'Heure de passage': 3:19 p.m. 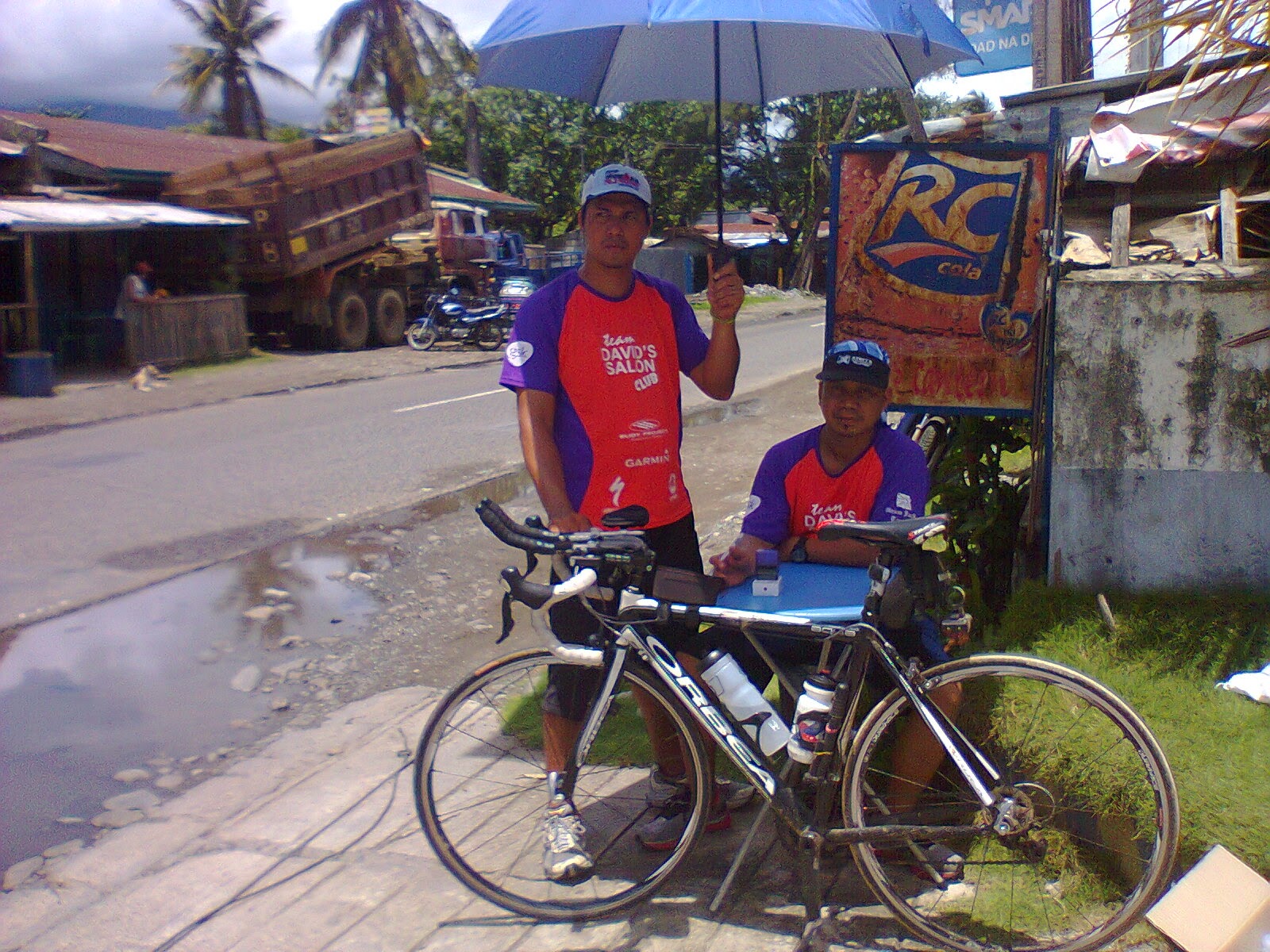 I caught some riders on folding bikes at approximately 260 kilometers and talked for a bit before I stopped to ready myself for the final push with only 30 kilometers left. With the threat of another rainfall I rode hard clinging to the aero bar whenever possible and finished the Brevet Ride at 5:51 p.m. still far from the cut off time of 11 p.m. Woohoo!

I got my medal and they took the cue card so they can send it to France for official verification. 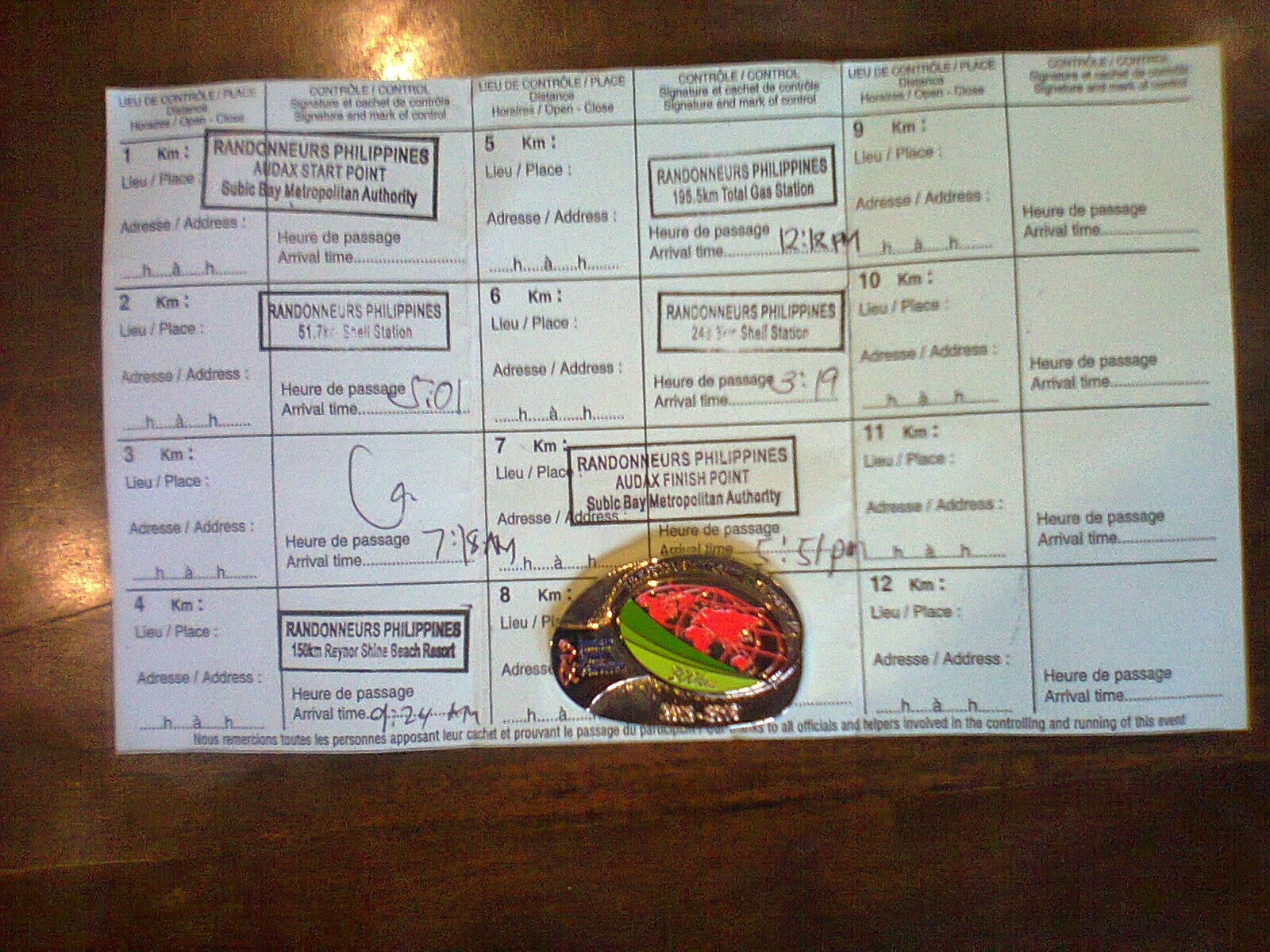 It was a challenging ride to say the least and here's how I did it: I rode conservatively for 270 kilometers and stopped often to take pics and relax, I ate a pack of Milky Way choco mini bars, drank lots of water and Gatorade, and ate 3 Spam and cheese sandwich sparingly for the whole duration of the ride. And I knew my fellow UFB teammates were with me and could back me up. 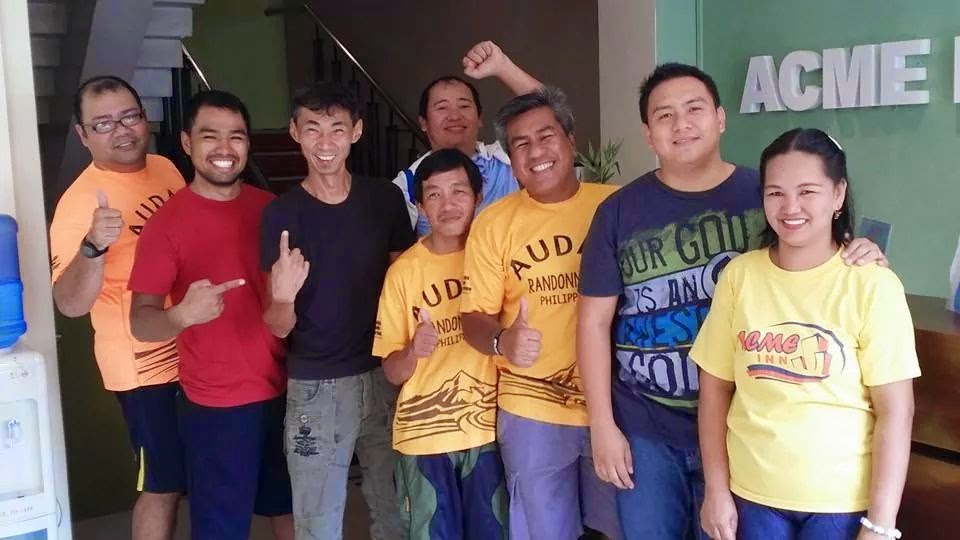 After reading this and you're asking yourself 'Can I do this?' the answer is a big 'Yes you can'. I trained, but the longest ride I've had during training was 57 kilometers so if you've been riding for quite some time and do your homework, you'll be fine.
Email ThisBlogThis!Share to TwitterShare to FacebookShare to Pinterest
Labels: Cycling