Triathlon Is For Bikers

There's no denying how ubiquitous the pedal powered machine is in and out of the Metro. From the road bikes that were popularized by the Tour of Luzon to the mountain bikes that saw a boom in the 90s, they're everywhere. Today we can see different types of bikes plying our roads. We can see how the folding bike captured the hearts of many, how a fat bike can be a badass on trails, how the triathlon bike look dangerously awesome and most recently how the single speed/fixie bike won the teenage market. With the most expensive equipment in triathlon already in the hands of these riders it's easy to see why bikers can easily transition to triathlon. Here are some things I would like to share to all the biker dudes out there who are considering to enter the world of triathlon. 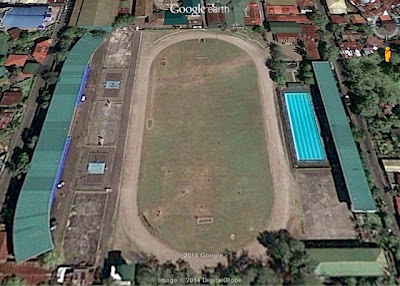 1. Swimming is a good cardiovascular exercise that will complement your cycling.

2. Running off the bike is easier for a biker than a swimmer because of the experience of riding is already there.

3. Get a good pair of kicks that you can use in training and racing. Some running shoes need a break in period to perform well.

4. Don't get intimidated by the looks of triathletes especially with their tri suits and expensive bikes, they're mostly average at best in all three sports.

5. This sport gives you the license to give in to your 'upgraditis' issues. There are tons of new gears you just have to have starting with a power meter.

6. Running is not for everybody. Some guys went biking to avoid running injuries, some have joints which aren't good for running - if you have serious issues with running you might as well dismiss triathlon.

7. Do not abandon the root of your bike rides. This is probably where I strayed when I was just starting to delve into triathlon by making my training as structured as possible to get the most out of every workout, I missed a lot of rides with my friends.

8. It is normal for a biker to have long rides that can last up to a day. IM's 180K ride would seem just another weekend ride.

9. You can bike a double century in no time but in running it will take some time before you can run a marathon. Be patient, there are a lot of short distance triathlon races in the calendar, and choose wisely.

10. Just so you are a biker doesn't give you the privilege of hammering on the bike leg, remember to save something for the run.
Email ThisBlogThis!Share to TwitterShare to FacebookShare to Pinterest
Labels: Cycling, training, triathlon