The Setting
Sunday, January 15, 2012, 6:30am at Filinvest Corporate City, Alabang, Muntinlupa City. Good weather and controlled traffic made for a very nice premise to a race.

The Format
Sprint: 5k Run - 30k Bike - 5k Run
There were two categories in this duathlon event; the Sprint and the Mini Sprint. The Mini Sprint was pegged at 3k - 20k - 3k. I joined the longer Sprint distance which for some reason turned out to be 7k - 30k - 5k. 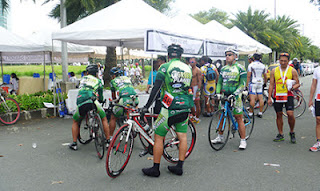 Registration
It was December 18, 2011 when the organizer conducted a race track trial for would-be-participants who would like to track read the race route. I went there and the organizer Mr. Vince gladly accommodated me. We went through the bike route and saw some riders of Team Beacon and practiced with them. I registered at a cost of 1,350 pesos plus 400 pesos for the timing chip and strap which can be used in their other events. Processing during race day was a breeze but there were some participants without designated bike racks that I saw complaining to the race marshals. 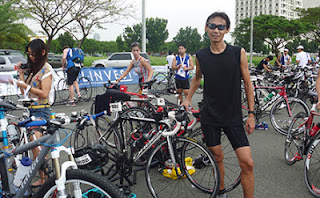 First Run: 7k
Gunstart at exactly 6:30am. I started slowly for the first hundred meters then slowly built up my pace as my body warmed up. There were no distance markings and no hydration stations along the first run route and the marshals had not done a proper job of pointing us to where we should turn. The fastest runner got lost and we all followed him and what was billed as a 5k run became 7k. I got to transition area after 34 minutes and changed my shirt before starting the bike leg. 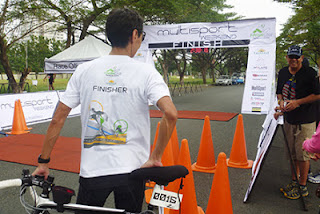 At the Finish Line with the finisher's shirt

Bike: 30k
The bike route was a technical one with so many turns and some hill climbs on asphalt road. 6 loops of 5 kilometers each loop was required for the Sprint category. I consumed a pandesal and some Jelly Belly Sport Beans along with a bottle of gatorade during the ride which took me an hour and eight minutes to complete. 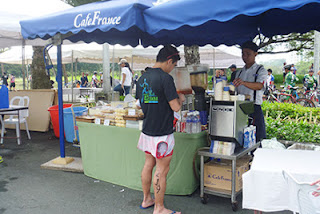 Second Run: 5k
After racking up my bike on the transition area, I changed my shirt again and proceeded to run slowly. After approximately running for 2.5k my left leg started to hurt. The feeling was a sharp pain running from the left side of my leg going down to the left side of my foreleg. It forced me to slow my pace even further and walk as I could no longer endure the pain. At about 500 meters before crossing the finish line I saw a female participant closing in on me and somehow it made me decide to run again despite the pain. I crossed the finish line at the 2 hour 17 minute mark. Waiting at the finish line was a lady in white giving out finisher's medal. 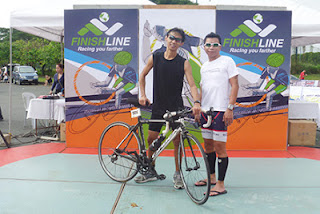 With my friend and triathlon consultant Reggie of Team Beacon

Post Race
After the race I went to claim my finisher's T-shirt then my daughter took pictures of me. I ran into my old buddy from my collage days at DLSU, and got a lot of tips regarding triathlon from him. It was my first duathlon event and served as a confidence boosting prep for my next race: the first leg of National Age Group Triathlon in Subic. 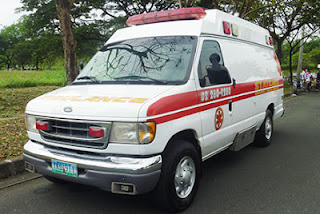 Emergency Assistance Group by the organizers
Email ThisBlogThis!Share to TwitterShare to FacebookShare to Pinterest
Labels: Duathlon