My daughter was scheduled to swim in a tune up meet for her regionals (STCAA) when her coach asked me if I would like to compete in the 200 meter freestyle event for seniors (not as in senior citizen I'm too young for that).  I promised him if I wouldn't get injured (as if I didn't have enough of it) in the February 5 Subic Triathlon I would definitely join.  When that day came I found out that I was set for the final event in the afternoon, I hate waiting games, so I decided to leave my daughter and go for a 55K bike ride before my 200 meter stint. 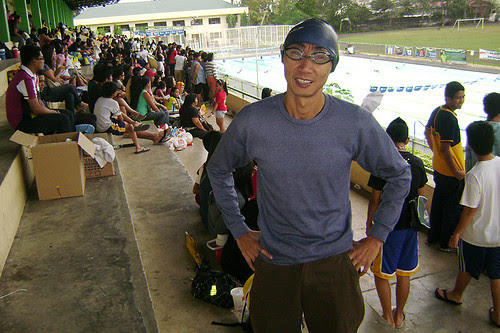 Waiting for my Heat

I got back just in time and as we were waiting at the briefing area I was surprised to learn that all of us were going to start from one and the same lane and zigzag to the adjacent lane after touching the end of each 50 meters just like an aquathlon without the run. There were only 11 of us yet the organizer chose to send us off in pairs.  Without diving I finished with a time of 3:15 and on that day it was good enough for a gold medal plus a cellphone, yey! 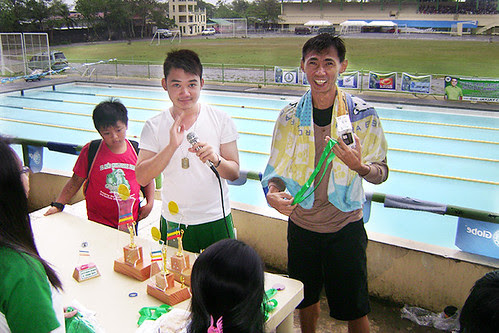